Innovate or die is as much a reality for startups as it is for the big daddies of business. In the age of big data, cloud computing and digital marketing, speed is the need of the hour. Blackberry and the old Nokia are the best examples of this. So how do you infuse the startup culture in big organisations? Can there be such a thing or is it just a magic word that goes around and comes around? Well, it’s not. Here are the ways you can accomplish this, provided you have the vision and appetite for innovation.

6 ways to speed up decisions

Did you know that IBM, Honeywell, Nike and Microsoft have co-working spaces within their campus? Yes, and that’s not just because it’s trendy and makes business sense but also because different people in a different setting spark off ideas and get inspired. When it’s a beehive of activity, you are more clued in to things. There are people investing in a chair and table at co-working spaces because it provides them an opportunity to network with people from other companies. It’s like having a conversation at a water cooler but with one big difference: the entire office is one conversation canopy.

Sometimes, hierarchy used in extreme, kills innovation and transparency. And that’s what happens in big organisations. There are so many department heads and so much red tape that the voice of the person at the bottom of the ladder never gets heard. How many companies still have a line that says, “If you have a problem, write to the CEO”? Here is where big organisations need to become more open to ideas because they can come from anywhere and anyone. Feedback, both negative and positive, is critical because you create solutions around that. Champion innovation across the spectrum of your organisation. Anybody who has a better idea to doing things should be heard and it should become the manager’s mission to extract the best ideas from everyone, without fear or favor.

Cubicles and just about any separation from one desk to another kills communication. When people don’t talk, ideas freeze up. People get closed up and fight their own demons without seeking assistance from another person. Here is where an open office with rows of tables and chairs and no walls to separate them will work like magic. The workplaces should be designed in such a way that everybody becomes accountable and everybody can be seen. Not only do checks and balances happen automatically but it also kindles team building and entrepreneurial thinking. And it’s not just the workplace design, it’s also about allowing the employees to choose their workplace. They can step into a huddle room and just take a quick brainstorming session or just sit in a meditation room and meditate before that dreaded boardroom meeting. All of these help them to do more.

Artificial intelligence, data analytics and every other new tech is mighty helpful. Invest in it because not only does it remove routine jobs from the hands of people, like maintaining a diary of things to do, the processes to follow, but also frees up time of the very same people to do more: T. H. I. N. K.  Yes, let the machines do the math while you can focus on the data they give you about consumer habits, employee behaviors, and so on. This will save you time on deep diving into research and development because that is being handled by tech, while you can focus on the big ideas to give your company the breakthrough they are seeking.

An organisation can grow when it can recognize a good idea from anywhere, even if it’s just a startup. Did you know that Whatsapp just has five employees on board and look what a success story it has become, having been recently acquired by Facebook. Funding startups or mentoring entrepreneurs is one way of showing your employees that you value innovation above all.

Yes, we are talking about starting an incubator that can be within the organisation or separate from it in a different physical building. Usually, they compete against each other for funds, but what is really required is to set up an incubator that aligns itself to the company’s larger goal, so that the two divisions don’t work at cross purposes. Once the goal is one, the method and the medium can be different and doesn’t matter. However, remember to recognize the incubator not just an experimental gig by the company to keep up its trendy avatar. The incubator should actually be as much about creating prototypes but also about marketing them with the necessary business model, operations, distribution and so on. Here is the real innovation where the process should recognize a winner when they see it. When this kind of innovation culture sets in, out of the box products will happen automatically. 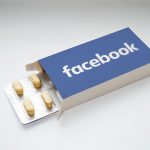 How to use social media to land a contract job 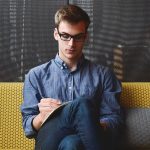 7 Killer Reasons Why hiring Freelance Java Developers is a must !