If you’ve been a good employee and rise up the ranks, you no longer remain a cog in a big wheel. You become an essential part of the wheel itself as the manager, supervisor or team leader. However, management is an art and not all can master it. Here are seven quick ways to delegate work to your subordinates and ensure better productivity, accountability and equality.

Delegating work is not to make the supervisor more lazy. It’s to empower their employees and also make them learn something new. However, mundane tasks also come with the package, so the manager has to delegate tasks in such a way that there’s a good mix of the challenging and mundane. Here is where delegating an entire work load is better than giving small parcels of it. This is true in most startups and quite achievable. However, in bigger organisations, it might not be that easy. In such cases, you can give them micro tasks but involve them with the team that is supervising the overall work, so they get the bigger picture. A person who is made part of the entire story will play a more proactive role, and the quality will be way better compared to work that’s done in isolation.

No matter how small the task, always make the employee feel important. It may be minor work, but the contribution is major. These small cogs make the big wheel, so once the subordinates are made aware of the size, functionality and scope of the wheel they are reinventing, they will be more driven to realise those goals. A task delegated without a master plan will never be as effective.

Most delegated tasks don’t measure up to standards because of one weakness: the lack of proper communication and hand-holding. You have to observe and perhaps even walk through the task with the employee until they know what they are doing. Saying is one thing and doing is another. Your idea of the job could be different from theirs. When you show them, rather than tell, the execution will be that much more closer to what you had in mind.

To ensure your delegated tasks are being done in just the right manner, it’s even more helpful if you show the employee what you are expecting from them. For example, the bank’s firewalls should never be breached again. Or provide an artist’s drawing and tell the mason to replicate the dome design.

Nobody likes micro managing. Once you delegate the tasks to your subordinates, make them complete the key milestones of the job at the specified time on a collaborative tool like Google Docs. This way, you can keep a track of the work in progress without asking them every time.

Once the delegated task is completed, it’s important to go in for a performance appraisal that is free from subjectivity. And this can be achieved if you have a clearly defined checklist that the task has to fulfil. With such a measurable yardstick, nobody can accuse of being too difficult to please.

No task should be given without a reward at the end of it. And these need not be monetary all the time. You can acknowledge the subordinate’s work in front of everyone or send a mail cc-ing everyone in the office or you can put it up on the cork board. Or you can give their name in the credit lines, if they played a key role in the corporate film or documentary you produced. 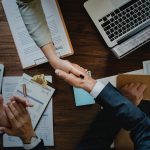 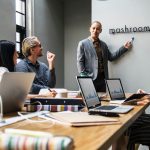 Are you manager material?