No longer do companies want full-time employees to sit on the ‘bench’ and await new work. They would rather hire people on contract, based on the work they already have on hand. Welcome to the new age of staffing. Call them flexi jobs, flexi staffing, contract jobs or part-time jobs, but they are here to stay. Not only does this flexible working arrangement work to the company’s benefit but also help the employees take off for a few days or months to pursue their other interests like photography, backpacking or just rest for a while to recharge themselves.

Flexibility and gaining a competitive edge is driving the industry to go for a flexible work schedule that fosters part time work and powers contract employees. According to the Indian Staffing Federation (ISF), the growth in contract staffing was 10% in 2017 and is said to rise to 12% this year. “The ISF has predicted that the 2.1 million temporary workers presently in the organised sector will increase to 2.9 million workers by 2018, making India the third largest market in the world,” said Adam Pode, Director of International Research at Staffing Industry Analysts.

That’s not all with flexi jobs. According to one ISF report, the Indian IT flexi staffing industry crossed $3 billion in 2016-2017 and is expected to witness 14-16% growth in the next three years. And this extends to all states and sectors across India. The ISF should know. Some of the topmost companies in India are part of it and make up 20% of the total market share.

One other study by ISF found that 60% of the companies who were making use of flexi staffing were more capable of withstanding revenue dips and remaining in business. The justification isn’t without reason. The employees get to do short term projects for a limited period, so they can take a break from work, and get back to working on a new project that will give a shine to their bio and also upgrade their skill set. They get the same pay and perks as the permanent employees but they don’t have to remain stuck with one company or job for long. They do have the option of joining the company full-time if the company and the candidate find it mutually beneficial. But otherwise, the candidate could just take a break from the contract job.

The majority of people opting for temporary jobs happen to be under 30. And it’s understandable. They are new to the workforce and want to try out all their options and also indulge in their hobbies before family life and financial responsibilities take over their life. Although the IT industry is the primary driver of flexi jobs, the other sectors queuing up include retail, telecom, pharma, hospitality, manufacturing and agriculture. 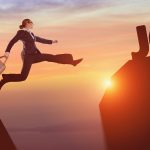 Contract jobs: How to get them, the right way