The Advent of Generation Z

Summer holidays were joyful when we grew up, we had plethora of activities planned and most activities planned in advance. The idea of freedom had taken its course on the first day of our exams and it reached crescendo right after that last word penned down in the exam hall. That was freedom! We yearned and studied hard for that freedom. That moment of absoluteness. Oh, the activities like early morning jogs, cycling, cricket, etc. Such was the pleasure of imagination!

With time being what it is, the futurist me will only retrospect and cherish those moments of childish joy. Times have changed, we used cycle to travel 10kms and legs to travel 2 kms. The boom in the economic market has changed our lifestyle to unimaginable ease, with it, comes this whole new level of thinking. A thinking that could change the momentum of history and defy the very fabric of the universe.

For my readers who are new to generation Z, these are people who were born in between 1999-2000 who are going shape the future of nation states. The population of generation Z in India especially, estimated to be around 475 million by 2019 which is phenomenal considering we are the second biggest populated country in the world. For all these years, we spoke about population being such a bane to the future of our country, however, with this special case, we are inching towards a bright and prosperous times ahead.

The demographics of our country comes at a time when there is a global paradigm shift in innovation. The millennial’s looked for “what is in it for me” whereas the Gen Z-ers look for solutions as per the problems they personally face. Which in turn takes birth in the form of technology and gadgets. They would frown upon any system that binds them to one particular ideology. They are the ones who would be more open to take risks, try something new and hustle.

The year 1497 marks one of the greatest landmarks of world history with Vasco da Gama landing in Calicut, likewise, will Gen Z-ers create that dent in the universe? 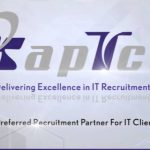 Workflexi.in Partners With Kaptco
Impact Of The Gig Economy On Indian Workforce And Work Life